Hey everyone, I’m Kris with Exodus. If I asked you a question about being a developer to set out and solve the problems of scalability, usability, and sovereignty inherent in many blockchains, you might end up with something that looks a lot like Cosmos. Aptly named because of the mental image we get when thinking of our galaxy and how the various elements exist individually but are bound and interact together by a universal force, this, of course, is gravity.

Now, I know you’re not here for a science lesson, so let’s move on and take a more in-depth look at the Cosmos network and the ATOM cryptocurrency. In a nutshell, Cosmos Network is a decentralized ecosystem of independent blockchains that can scale and connect to one another.

This includes not only blockchains that are built on Cosmos, but also external blockchains such as Bitcoin and Ethereum through what’s called a peg zone. More on that in just a few minutes but first let’s put a name to this process. Cosmos has already done some of the hard work for us here and has named this an “Internet of Blockchains” or “IoB” for short. Let’s hear how Cosmos inventor “Jay Kwon” explains this..

.“Each individual blockchain maintains control of its own governance, but is interoperable with other blockchains in the network.

Blockchains that do not utilize BFT algorithms can be connected to the Cosmos network via “adaptor” blockchains. Cosmos was not designed for one particular use case, but to be adaptable to suit many different use cases.” Pretty simple stuff, right?

Well once we get all the fancy acronyms down we can start to get the technology out of the way and understand what cosmos does and how it works on a basic level. The Cosmos network is a dual-layer blockchain ecosystem with native token Cosmos “ATOM” to power its transactions. The first layer packages the networking and consensus layers of a blockchain into a generic engine, This allows developers to focus on the application development instead of the protocol which makes the network run. Ethereum was the first to simplify the application development through smart contracts, but as Dapps, not independent blockchains.

BFG No, not the big friendly Giant. BFT stands for Byzantine Fault-Tolerance and is the consensus mechanism of the Cosmos network, which as I said before, includes the networking functions which are responsible for transmitting transactions and consensus-related messages. The second layer is the application layer, where the Cosmos SDK is used for individuals to create their own blockchains.

The Cosmos SDK will translate many different popular programming languages such as, Java, C++, and others for example. At the time of recording, ATOM is worth about 4 dollars with a market cap of around 757 million dollars.

And about 100 million of that moves around the markets every day. ATOM is a Proof of Stake coin, which means that you can delegate your tokens into a validator pool and earn rewards on your holdings. The more ATOM you stake, the more you earn. Staking, however, locks up your ATOM and, if you want to unstake them, the cooling-off period is 21 days.

Cosmos ATOM is sitting at #23 in the overall crypto market cap and is listed on the most popular exchanges.

If you would like a wallet to exchange, hold and stake your ATOM, you can use Exodus. Exodus is a cryptocurrency application for your mobile device or your desktop that’s home to over 100 cryptocurrency wallets and other crypto apps, check the link above to learn more and download exodus today? So how does Cosmos fit into the overall ecosystem, and why is there a need for another platform? We touched on this at the beginning of the program. 1.

Blockchain sovereignty In the past, scalability was an issue because of the lack of throughput Proof of Work systems can ultimately handle. This is a fancy way of saying how many transactions a network can process at a given time. In order to scale, the options were to either fork code or build on top of it, which in a codebase that’s monolithic – meaning applications, networking and consensus are mixed together – this becomes very difficult. 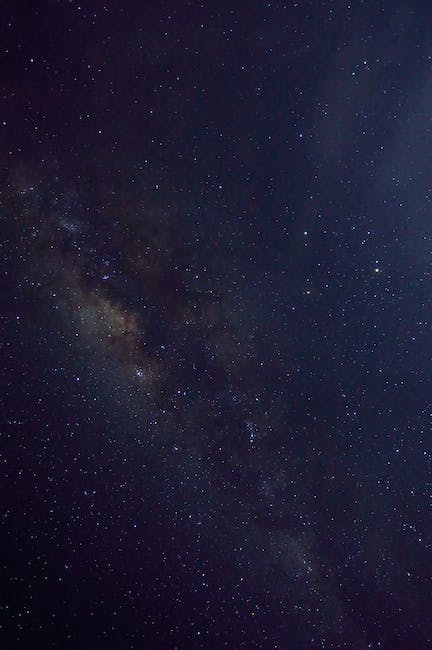 Ethereum was the first network to solve this additional application problem by utilizing smart contracts in what is called an Ethereum Virtual Machine. Developers could use this to deploy applications to the ETH network. ETH only runs at about 15 transactions per second and we’ve seen many instances where the network has been ground to a halt with pending transactions. There’s also the limitations of the governance structures on ETH. Since apps run on the underlying platform they need to abide by the Ethereum governance rules.

Other similar blockchains have this same issue. Enter Cosmos. Cosmos solves these problems by allowing developers to build individual blockchains with their own custom governance structures.

It enables them to transact with each other via a common and generic consensus and networking layer. Can you see now why they refer to it as the internet of blockchains?

This is accomplished through a modular architecture of what they call Hubs and Zones, which allow entirely separate blockchains to transfer tokens to each other with an IBC connection, this craftily stands for “Inter-Blockchain Communication protocol“ and can be thought of as the glue that holds everything together. IBC allows these separate blockchains to transfer tokens, and it could be done with a serial connection for each Zone where they move information down a chain.

But this can be slow. If we looked at a model where every zone is connected to another zone, it would be a mess. So, here comes the Hub, Hubs are specialized blockchains to connect zones together.

This helps increase speed because once a zone creates an IBC connection with a hub, it can quickly and automatically connect to any other zone that’s attached to the hub. The first hub launched in the Cosmos Network was the Cosmos hub, you gotta start somewhere, right? I kind of saved the best for last and what I think is the coolest aspect of cosmos. It’s the ability to interact with other blockchains outside of the Cosmos ecosystem. I’m talking interoperability with BTC, ETH, TRX, and well any other blockchain out there, forget about atomic swaps, this is the real deal – on chain.

How? It’s Magic. No, I’m just kidding. This is done through a Cosmos created proxy like chain called a peg zone. According to Cosmos… “A Peg-Zone is a blockchain that tracks the state of another blockchain.

The Peg-Zone itself has fast-finality and is therefore compatible with IBC. Its role is to establish finality for the blockchain it bridges.” So if I want to trade a lama from Lama chain for a Taco from taco chain, Cosmos can facilitate that for me. The assets can be on the cosmos network, a proof of work blockchain like bitcoin or ethereum or a proof of stake network like NEO, or ALGO, or ADA or XTZ, any way you get the point. Pretty cool, huh?

So why should a developer choose to build on Cosmos instead of another network, I guess it all depends on what their criteria is. As we’ve seen, there are many similar implementations of various projects because individual needs are diverse. These diverse needs are one of the major selling points of the Cosmos ecosystem made possible by interchain interoperability. Now that we’ve journeyed into the Cosmos and made it back, what do you think about the future of this project? What is your Cosmos price prediction?

And, If you found this video to be useful, please make sure to hit the like and subscribe buttons for more crypto videos from Exodus and until next time..

Read More: How to Build Your Own Blockchain with Cosmos!