What is shorting Bitcoin? Is there a way to make money from Bitcoin even when I think its price is going to drop? And how can I do that if I don’t own any Bitcoins? Well, stick around, in this episode of Crypto whiteboard Tuesday we’ll answer these questions and more. Hi, I’m Nate Martin from 99Bitcoins.

com and welcome to Crypto Whiteboard Tuesday where we take complex cryptocurrency topics, break them down and translate them into plain English.

Before we begin, don’t forget to subscribe to the channel and click the bell so you’ll immediately get notified when a new video comes out. Today’s topic is short selling Bitcoin. Short selling (often referred to as just ‘shorting’) is an investment method for making money when you expect an asset’s price to drop. It’s called “short selling” because you are short, meaning you don’t actually have any of the asset you want to sell in order to turn a profit.

Keep in mind that neither I nor anyone on the 99Bitcoins team is a financial advisor, and this video shouldn’t be considered financial advice.

The purpose of this lesson is to explain short selling as a tool. It’s available in various markets, and is also available for cryptocurrencies, so I want you to better understand what it is. Basically, shorting works by borrowing an asset, such as Bitcoin, and selling it at its current price. Later on, you’ll need to purchase those Bitcoins back in order to repay the person or company from whom you borrowed them.

Hopefully, by the time you go to buy those Bitcoins back, prices will have dropped, and you will have spent less money to purchase the assets that need to be paid back than what you received when you sold them. Let’s illustrate this with an a example: Imagine you short sell 10 Bitcoins when the price of a Bitcoin is $10,000.

You see your chance and repurchase those 10 Bitcoins for a total of $80,000 and then take those 10 Bitcoins back to the person from whom you borrowed them. When all is said and done, using no money or assets of your own, you’ve made a profit of $20,000.

.Don’t go applying for a trading account just yet! Keep in mind that when you short-sell, the entity that loaned the Bitcoins to you can generally require that you pay back those assets at any given time. They’re only required to give you a short amount of time as notice. This means you may be required to return the Bitcoins before the price has dropped to the desired level.

Sure, the further the price drops, the cheaper it will be to buy these 10 Bitcoins back and the bigger your profit would be. But, what happens if Bitcoin’s price were to go up? The maximum profit of a short is limited to how much you make if Bitcoin’s price goes to 0, meaning you get to keep all of the profit because don’t need any money to buy back the Bitcoins.

But there is no upper limit to how much you could lose when shorting. Let’s talk about that for a minute.

.. Normally, when you invest in an asset, your losses are limited to the amount of money you used to buy that asset. Say you invest $10,000 dollars in a stock, and that stock suddenly collapses and becomes worthless: Well, your losses will be limited to the $10,000 dollars you initially put up. When short selling, however, your losses could extend far beyond your initial investment, something that is very important to consider, especially with a volatile asset like Bitcoin.

But you have yet to repurchase those coins, meaning that you still have to pay the owner back those 10 Bitcoins. Now imagine that all of a sudden prices shoot up to $10,000, which can definitely happen given Bitcoin’s volatile nature. This means that the 10 Bitcoins you need to pay back is now going to cost you $100,000! And if there are other traders who are in the same type of short position as you are, they’ll want to close their short positions by buying back the Bitcoins they borrowed – applying even more buying pressure to the market, causing an even bigger price increase.

This is known as the short squeeze. As you can see, short-selling can be extremely risky. If you’re just starting out with Bitcoin, or any other asset for that matter, you’ll probably want to avoid short selling until you’ve gained some trading experience. Now that you know what short selling is, let’s take a deeper look at how it’s done. To short Bitcoins, you need to find a trading platform that will allow you to place a short sell order.

Today there are a variety of ways to short Bitcoin. The first option is through CFD trading. CFD stands for Contract for Difference. It means that instead of actually borrowing Bitcoins, selling them and then buying them back at a lower price you agree to just settle on the difference. So in the case of CFDs you will get paid the difference if the price drops without needing to go through all of the hassle of selling and then buying the coins back… Companies like eToro, Plus500 and others supply cryptocurrency CFD services that allow you to short sell Bitcoin. 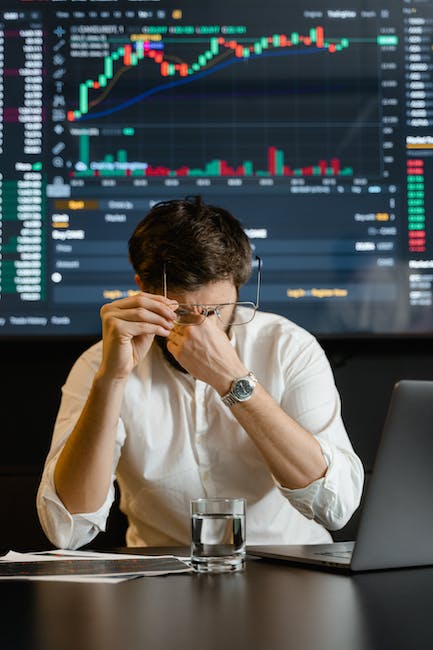 Keep in mind that CFD trading carries a high level of risk and is really only suitable for experienced traders as the majority of people trading CFDs end up losing their money. If you don’t want to use a CFD service you can short sell Bitcoins through an exchange.

Bitcoin exchanges that are geared towards crypto traders offer short selling options, and some allow for leveraged shorting as well. Leveraged shorting means you can borrow more money from the exchange than you actually have deposited there, in order to buy the Bitcoins you want to short. For example, say you have $1,000 on the exchange and you leverage on a 1:3 ratio, giving you the ability to short sell up to $3,000, which is 3 times what you have.

Leveraging is considered even more risky since if things don’t go as you intended, the exchange might close your trade itself, sooner than you expected – because they know you’re using money you don’t really own. If you’re leveraging at a 1:3 ratio, any move in the market has triple the effect. So if Bitcoin were go to up by $400 you actually lose $1,200. In other words, leveraging magnifies both gains and losses. If you stand to lose more than the $1000 you have deposited with the exchange, they’ll close the position once you hit the $1000 mark rather than risk having to try to collect additional funds from you in the future.

Some of the major exchanges that allow you to short sell Bitcoin include Bitfinex and Kraken. And, some specialized exchanges, such as BitMEX, also offer Bitcoin options trading. Purchase of an option grants the ability, but not the obligation, to trade at a specific price by a specific date. If you have experience with options trading this method might suit you, otherwise it’s not recommended for beginners. Options are complex but do allow for greater flexibility and higher leverage.

If you want to learn more about the services I’ve just mentioned take a look at the links below this video. Ok, so when is a good time to short sell? Well, if you examine the Bitcoin price charts, you’ll soon realize the truth of the old saying, “price takes the stairs up and the elevator down.” Whereas uptrends take time to build and develop, downtrends tend to be relatively short and sharp. However, if you still want to take a shot at timing the market, beyond technical analysis which is explained in our Bitcoin trading video, it helps to have a solid knowledge of the Bitcoin space.

Different types of events have different effects on Bitcoin’s price. For example, there were major price drops following the failure of major exchanges like Mt. Gox or BTC-e. Also, news of hostile regulatory actions in major countries such as the Bitcoin bans in China, or the SEC clampdowns on ICOs, tends to cause the price of Bitcoin to move downwards. Changes in the Bitcoin development team, such as the exit of lead developer Mike Hearn, for example; has also resulted in price drops.

Other examples of past events that dropped Bitcoin’s price include the Bitcoin Cash fork and delays or setbacks in widely-desired upgrades like SegWit or the Lightning Network. If you had shorted Bitcoin prior to these events you would have made you a lot of money. So from examining these examples, we can learn some clues for potential shorting opportunities; So, does this mean that we can foresee the effect of some event on Bitcoin’s price? Not necessarily.

Some events that many would have believed to cause a change in Bitcoin’s price have had no effect at all.

For example, the failure of darknet markets such as Silk Road or Alpha Bay resulted in much less dramatic drops than some expected. Claims of having unmasked the identity of Satoshi Nakomoto as in the case of Dorian Nakomoto or Craig Wright also resulted in little to no impact.

Additionally, media FUD, which stands for Fear Uncertainty and Doubt about Bitcoin, has had less and less effect on the markets of late. After nearly 400 Bitcoin obituaries, new reports of Bitcoin’s imminent demise aren’t given much credence anymore. To conclude, short selling, risky though it may be, is actually very common in the trading of stocks and in other financial markets, and increasingly now in crypto.

Just make sure you read any rules, regulations, or guidelines for “covering” any assets you short sell so you’ll know exactly what you’re getting into. If you’re just starting out, gain some experience with regular trading before moving into more complex methods like shorting.

And as always, never invest amounts you can’t afford to lose. That’s it for today’s episode of Crypto Whiteboard Tuesday. Hopefully by now you understand what shorting Bitcoin is – A way to profit from Bitcoin’s price drops.

You may still have some questions. If so, just leave them in the comment section below. And if you’re watching this video on YouTube, and enjoy what you’ve seen, don’t forget to hit the like button.

Then make sure to subscribe to the channel and click that bell so that you’ll be notified as soon as we post a new episode. Thanks for joining me here at the Whiteboard.

Read More: The Future of Litecoin | Interview With Charlie Lee