Everyone seems to want in on this cryptocurrency boom, bitcoin topped fifty eight thousand dollars for the first time ever in February 2021 Bitcoin spiking, as we learned just moments ago that Tesla bought one point five billion dollars of the cryptocurrency Bitcoin, crossing fifty thousand for the first time ever. Give me a straight line, judge. But it’s one hundred thousand, I think in 2021. The more people that own and use it and then begin to transact on it. The more valuable the Bitcoin is itself.

Ethereum The world’s second biggest cryptocurrency has also been hitting new record highs this year and even the price of dogecoin, a cryptocurrency invented as a joke that doesn’t have the same serious function and institutional backing is something like Bitcoin surged more than 50 percent after an Elon Musk tweet. While it’s easier than ever to buy a small fraction of one Bitcoin using, for example, an app like Coinbase.

That’s not the only way to get your hands on crypto cash. You can also mine for it. Before the pandemic took hold in the US, we went to a block chain production studio in Brooklyn to learn how to mine for Bitcoin’s biggest rival ether.

Here’s how it works and how much it costs. Digital mining is kind of like real life crypto mining, except that instead of shovels and dynamite, it’s accomplished with software and computers. A miner is essentially just running a computer program that solves a complex math problem. Solving that math problem is how crypto transactions are verified so that money correctly moves from A to B. The miner who solves the problem first is awarded crypto cash by the algorithm for their bookkeeping efforts.

In the 12 years of history, not a single entry on its block chain has been fraudulent. Now they processed probably close to 10 trillion dollars of transactions and not a single false entry in the, you know, that same 12 year period of time. What percent of banking system activity was false? It’s probably close to seven or eight percent to achieve that kind of security while being completely permissionless.

Anyone can actually transact on this.

I mean, that’s a pretty incredible feat. Can you explain to me what we’re looking at right now? So this is an Ethereum mining rig, and this is just like any other computer that you would build on your own only instead of having an actual case that all the components live in. It’s in an open area like this. And you need to do this because when the GPs are running, they get really hot and it’s important to have like a lot of air circulation.

Lee learned how to mine watching YouTube videos. This is back when he was still mining in his spare time. And so the main components here, this is your power supply. This is your motherboard. This is what wires up all the logic on the computer.

This is an Nvidia Gforce GTX 1080 GPU. And this is a graphics card that people use mostly for gaming.

But these are also really good for mining crypto currencies. Once this is sewed into place, we need to plug it into the power supply. And then we need to plug in the data so that graphics card can read from the computer and then plug this guy in. So what’s this last plug here? So this is a SATA cable.

This is so that I can get data out of the motherboard. So once it’s all wired up like that, this is ready to go. We can just turn it on and we’ll start mining. You just turn the computer into a rig. A mining rig.

Yes. All in this rig cost roughly 1400 dollars because of the parts that you see here.

The only other thing left to do is create a wallet, a wallet is a digital address for crypto cash, and then how long does it take for it to actually start minings? This should just automatically start connect to the network and knows your address. You’ll see it start going in a couple of minutes.

When the rig is mining, what it’s actually doing is running what’s called a hashing algorithm. So it’s computing millions of math equations to work out all those digital transactions. But this mining rig isn’t doing all these math problems in a vacuum. It’s actually competing against miners all over the planet to be the first person to verify a block of transactions. Someone wins this race roughly once every 13 seconds, and whoever wins is awarded to ether. 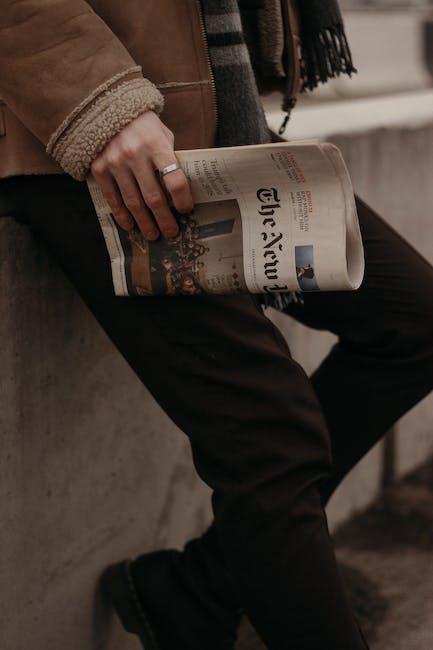 They also get a transaction fee, which averages out to about 2.3 ether. But there’s a mining pool fee that has to be paid, which is about one percent of the block price plus the transaction fee. When you combine all three at today’s prices, that comes out to about sixty four hundred dollars. And is everyone using the same hashing algorithm?

Everyone uses the same hashing algorithm. It’s completely democratic. It just depends on the hardware that you have and the cost of your electricity.

So the only advantage you would have is if your GPU runs faster than someone else’s or your electricity is cheaper. Yeah there’s no way to shorten to shortcut it.

This rig with only one graphics card can run roughly twenty seven million math equations every second. That sounds like a lot, right? But on the theorems network right now, there’s 400 trillion math operations happening every second. So Lee’s rig in Brooklyn accounts for around one 15 millionth of the entire Ethereum network. That’s why people join something called a mining pool.

So you are working together with these people to compete to solve a block faster than anybody else.

OK, so is it actually worth it to spend all this money on gear and electricity in order to mine for crypto coins? Let’s look at the map. Our one graphics card rig costs roughly fourteen hundred dollars. Tack on five more graphics cards and we’re forty four hundred. If we run this rig at full capacity with all six GPUs, it can earn about 0.

348 either per month, which is roughly five hundred and fifty dollars. These rigs require quite a bit of power. So electricity cost is a big factor. Where you live in the United States also plays a major role and how much it cost to mine. Since there are stark differences in electricity prices from state to state, Alaska, Hawaii, California and Connecticut have the steepest electricity costs in the country.

New York is also one of the priciest states where electricity bills are concerned. So it doesn’t necessarily make sense to mine here in New York. But it’s a totally different story where electricity is less expensive. Just take Washington State. It’s got some of the cheapest power sources in the U.

S. So there the profits can outweigh the costs. Outside the US, the prices drop even lower. A study released in twenty eighteen by Elite fixtures show the countries like Egypt and Kuwait are among the places where it is least expensive to mine for Bitcoin. But one important thing to keep in mind is that the size of the prize that miners win exponentially decreases over time, back in 2017, it was five ether, but it’s been cut down a few times since then.

Rewards are now 2 ether. But again, you get a transaction fee for each completed block and those fees, something they call gas prices, keep going up. So there’s definitely still money in mining for Ethereum. And unlike Bitcoin, there’s no cap on the total number of ether coins you can find.

The supply is endless.