So, you heard about blockchain, gone on the internet and read a few articles or watched a few videos to figure out how it works. Now that you understand that, you’re still confused… How can blockchain technology be used in the real world? Well let’s take a look at a few examples but before we do that, let’s quickly recap what a blockchain is. In simple terms, it’s a distributed database that everyone can get a copy of.

Every person with a copy can add new records to this database but cannot change any record once it’s in there.

This property makes a blockchain great to record data in a transparent way because everyone gets to see what’s in it. So how can it be used? Well in this video I’ll give you 9 examples.

Let’s start with the most obvious and most popular application of blockchains and that is cryptocurrencies. When Bitcoin launched in 2008 it allowed people to directly transact with one another without having to trust third parties like banks.

Since then over 1600 different cryptocurrencies have been created. But let’s look beyond cryptocurrencies. Let’s look at how blockchain technology can be used in… cars for example. Ever heard of odometer fraud? By tampering with the odometer someone can make a car appear to be newer and less worn out, resulting in customers paying more then what the car is actually worth.

The government tries to counter this by collecting the mileage of cars when they get a safety inspection but that’s not enough. So instead we could replace regular odometers with smart ones that are connected to the internet and frequently write the cars mileage to a blockchain. This would create a secure and digital certificate for each car. And because we use a blockchain, no one can tamper with the data and everyone can lookup a vehicle’s history. In fact, this is already being developed by Bosch’s IoT lab and they are currently testing it on a fleet of 100 cars in Germany and Switzerland.

So blockchains are great at keeping track of things over time. So besides odometers, you can also keep track of things like intellectual property or patents or it can even function as a notary.

See, a notary is someone who can confirm and verify signatures on legal documents. But we can just as well use a blockchain for it! The online website stampd.io for instance, allows you to add documents to the Bitcoin or Ethereum blockchain. Once added, you can always prove that you created a document at a certain point in time much like a notary although right now blockchains aren’t on the same level as notaries in a legal perspective.

Another interesting application is digital voting. Right now voting happens either on paper or on special computers that are running proprietary software. Voting on paper costs a lot of money and electronic voting has security issues.

In recent years we’ve even seen countries move away from digital voting and adopting paper again because they fear that electronic votes can be tampered with and influenced by hackers. But instead of paper, we could use blockchains to cast and store votes. Such a system would be very transparent as everyone could verify the voting count for themselves and it would make tampering with it very difficult. The Swiss company Agora is already working on such a system and it’s going to be completely open source. But there are many challenges. 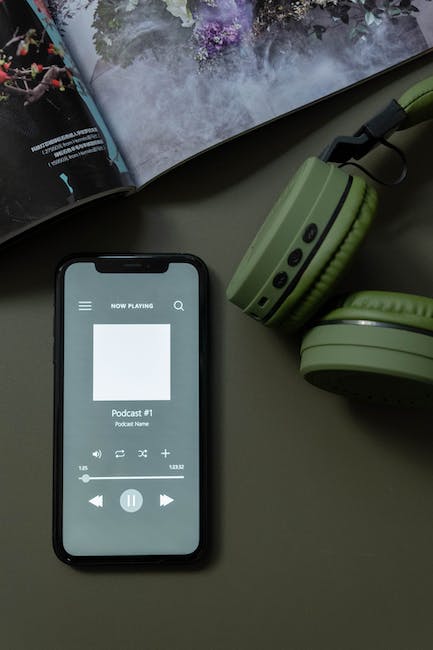 First, you have to be able to identify voters without compromising their privacy. Secondly, if you allow people to vote with their own computers or phone, you have to take into account that those might be infected with malware designed to tamper with the voting process.

And a final example: a system like this also has to be able to withstand denial-of-service attacks because that could render the whole thing unusable. Definitely, a tough nut to crack but if it becomes reality it could make for a more transparent and practical voting system. Let’s move to yet another example: The food industry!

They could use blockchain technology to track their food products from the moment they are harvested or made, to when they end up in the hands of customers. See every year almost half a million people (420,000) die because of food-borne diseases and that’s partially because it takes too long to isolate the food that is causing harm. Blockchains could help us to create a digital certificate for each piece of food, proving where it came from and where it has been. So if a contamination is detected, we can trace it back to its root and instantly notify other people who bought the same batch of bad food. Walmart and IBM are currently working on such a system.

It allowed them to trace the origin of a box of mangoes in just 2 seconds, compared to days or weeks with a traditional system.

A system like this could be applied to other industries as well. We could use it to track regular products and battle counterfeit goods by allowing anyone to verify whether or not the product comes from the manufacturer you think it does. Another idea would be to track packages and shipments by using a blockchain. That is something that IBM and container shipping giant Maersk are working on: a decentralized ledger to help with making global trade of goods more efficient.

So far we looked at ways blockchains can be used to keep track of information and verify its integrity. But blockchains can be even more powerful when we add smart contracts to them. These contracts are tiny computer programs that live on the blockchain and can perform actions when certain conditions are met.

Insurance companies could use smart contracts to validate claims and calculate a payout. Or they could allow us to only pay for car insurance when we’re driving.

But it goes even further. With smart contracts we can secure our own data on a blockchain. They could for instance allow us to store our medical records on a blockchain and only allow doctors to access them when we approve it with a digital signature. In the same fashion, you could store your personal identity on there and choose what data you want to reveal. Ordering alcohol in a bar for instance only requires you to prove that you’re over the legal drinking age and with smart contracts, you can deliver that proof without revealing anything else.

Or think about collecting royalties for artists. A future streaming service could set up two smart contracts: one where users send a their monthly subscription to and one that keeps track of what the user has listened to. At the end of each month, the smart contract that holds the subscription fee can automatically distribute the money to artists, based on how many times their songs have been listened to.

So as you can see, blockchain technology can be used in so many different ways. This video is just a brief overview of how they can be used and it’s by no means a complete list of all applications.

That would make for a very long video as there is so much happing in this space. Let me know in the comments below what your favorite application of blockchain technology is and if you found this video interesting, consider getting subscribed. Thank you very much for watching and I hope to see you in the next video!.